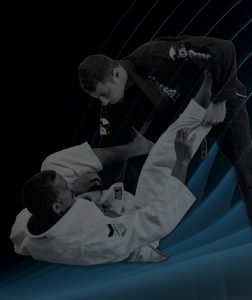 You might not expect us to write about any negatives when it comes to our Brazilian jiu jitsu classes. But it is a physical activity, and every physical activity has the possibility of causing some discomfort. Run too much and you might get a sore calf, lift too much and you might throw out your back. So we thought we might give you a head’s up on a few of the minor problems associated with Brazilian jiu jitsu.

Strains and pulls: Every martial art you engage in can lead to strains and pulls on your muscles. Many of these aren’t because of what your opponent does, but instead what you are doing to yourself! Most of the time it’s because someone is pushing themselves too hard, or overextending where their body wants them to go. Proper training can help reduce these injuries, and exercise (such as our martial arts fitness training classes) can strengthen and loosen your muscles so that there’s less chance of an injury.

Skin health: In other martial arts training that involves strikes, there isn’t much direct contact with an opponent. But when martials arts involve holds, like BJJ does, there is more chance of abrasions, either from grappling with an opponent or rubbing against the mat. It’s important to shower after a match and properly bandage any injuries immediately.

Ears: What’s up with the ears, sticking out there just waiting to get hurt! When it comes to head locks, it’s important to protect your ears, so headgear is sometimes worn. We can also identify situations when you might want to get immediate medical attention so that the cartilage in the ear isn’t permanently damaged, a condition known as cauliflower ear.

Still, when compared to other martial arts training that allows strikes, there are typically fewer injuries in Brazilian Jiu Jitsu. While there is a lot of physical activity and exercise, there are fewer chances for injury. This makes it an excellent choice for anyone, including kids, who want to learn proper self defense without having to appear the aggressor.

Brazilian jiu jitsu is an amazing sport, defense, and world class martial arts training program. Contact us so that you can stop by and check out our facilities.