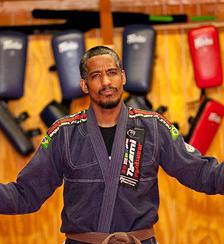 When you think about martial arts, including Brazilian Jiu Jitsu, you probably think about the physical aspect of it. That’s understandable…what you’re seeing is a physical sparring between two people who are trying to gain the upper hand.

But it’s what you can’t see that really counts, especially in Brazilian jiu jitsu (BJJ) classes.

It’s a game of chess: Much of BJJ is about chaining of attacks, which requires you to know what you’re going to do and how you’re going to respond should someone make a move that alters your chain.

It’s very similar to a game of chess. You might start out with a plan, but every move an opponent makes forces you alter your plan, either altering the fight to get your plan back on track or abandoning it completely. You must come up with your next move with split-second decisions that include both the mind and body…or you lose.

The training: You’re never going to see the hundreds of hours of training that go into a competition (or simple sparring). It takes dedication that few people have in order to show an impressive match, and sparring between two masters is truly a sight to see. But as impressive as it might seem, it’s important to remember the amount of training it takes to get to that level.

When it comes to Brazilian jiu jitsu, don’t underestimate the amount of brainpower and muscle memory that have to be used to dominate. Interesting in learning more? You can get two weeks of Brazilian jiu jitsu classes for free by contacting us. Give us a call to exercise both your mind and body.