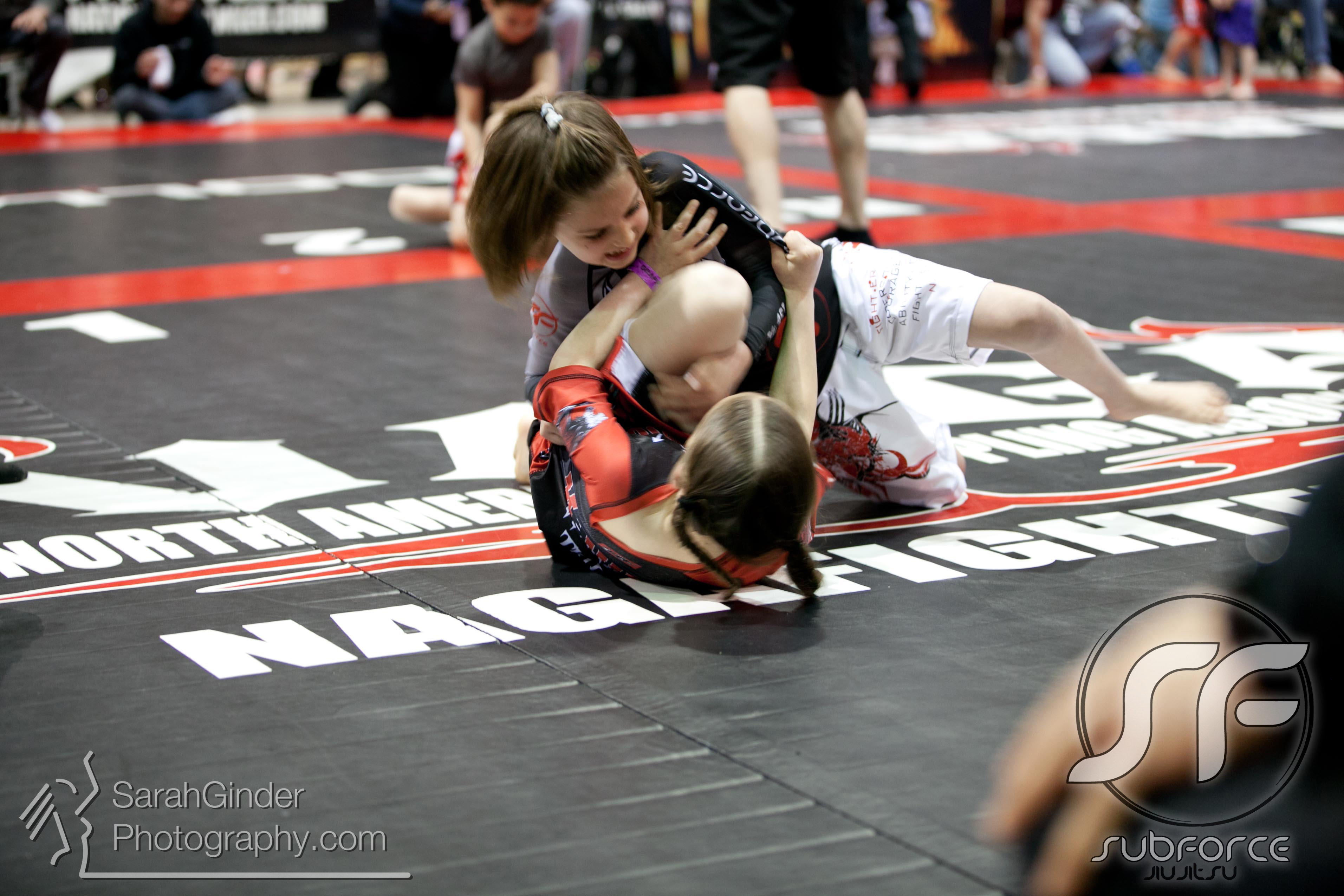 We’re happy to say that our classes aren’t just the same martial arts training classes that we teach our adults. The martial arts classes for kids are specially tailored for the way kids learn, focusing not only on technique but also on the discipline kids need while still having loads of fun. For example:

We’re dedicated to keeping kids interested: Kids are interested in every aspect of martial arts: grappling, kicking, punching, defending. They’re more interested to learn 1 thing from 10 different martial arts than 10 things from one martial art. That’s why, instead of just teaching Brazilian Jiu Jitsu or Muay Thai to kids, we’ll teach them aspects of karate, taekwondo, boxing, wrestling, jiu jitsu, and judo. This keeps the kids interested and always learning something new.

All for a smaller frame: Young bodies aren’t meant to suffer the same punishment that a fully-formed adult body is. Kids might be more flexible, but they don’t have the strength built up to endure some of the more difficult aspects of Muay Thai kickboxing or other martial arts.

Give it a shot…two weeks for free to find out if kids martial arts training is right for your child. We don’t think you’ll regret it!